Colorado officials said on Friday that it was a “miracle” that no deaths were reported in a rare urban wildfire that moved at breakneck speeds across towns north of Denver, destroying upward of 1,000 homes.

The fire was driven by wind gusts of 105 miles per hour (169 km per hour), which caused flames to leapfrog over highways and entire neighborhoods on Thursday, authorities said. The winds created a mosaic burn pattern that saw untouched homes standing next to those left in ashes.

Officials said on Friday that winds had died down and snow was arriving, and that they did not expect the fire to pose any more danger.

Jennifer Balch, director of the Earth Lab at Colorado University whose research focuses on fire ecology, lives just a few miles from the fire zone and said the blaze was shocking for many reasons. She headed out on a walk Friday morning, attempting to get a better vantage point to see the fire’s damage.

“I was smelling smoke, and there’s snowflakes hitting my cheeks. ‘Winter wildfires’ should be an oxymoron. We should not be dealing with wildfires at the end of December,” she said.

Part of the story, Balch said, is linked to climate change. An extra wet spring allowed more grasses to grow this year, which turned into highly combustible fuel during the area’s warmest fall on record amid severe drought.

But she said that population growth in Boulder County in recent years meant that more homes are being built in areas that were always more prone to wildfires.

The blaze swept through about 6,000 acres in just a couple of hours, destroyed at least 500 homes and may have burned down up to 1,000, authorities said. Six people were treated for injuries on Thursday and the blaze is largely contained, with just a few smoldering points. 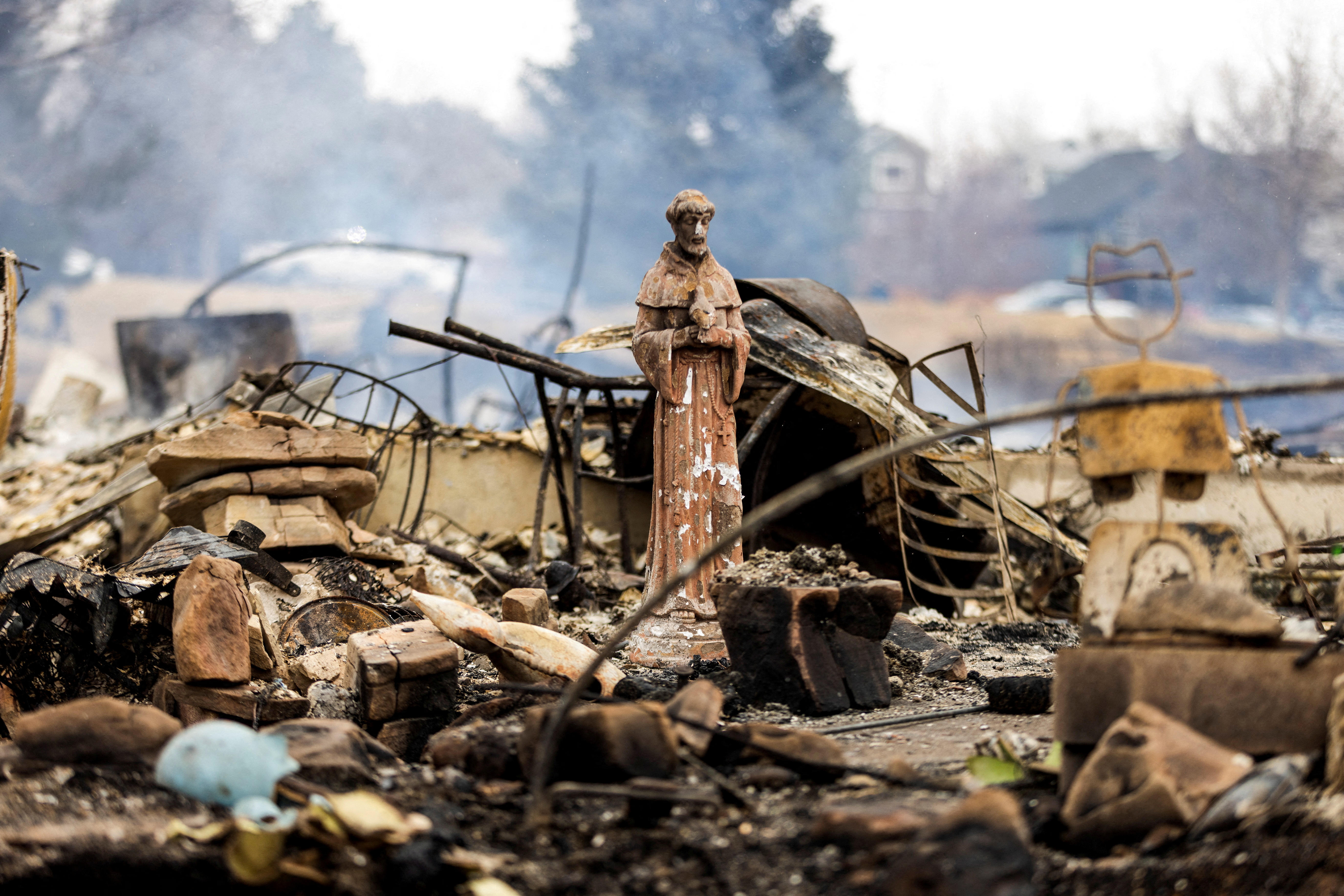 “We might have our very own New Year’s miracle on our hands, if it holds up that there was no loss of life,” Governor Jared Polis said during a press briefing.

Boulder County Sheriff Joe Pelle said at the same briefing that no fatalities were reported so far and no one was missing.

Videos posted on social media showed frantic scenes as people out shopping or dining scrambled to flee when flames lapped up against the buildings they were in.

The wildfire injured at least a half dozen people and prompted the evacuation of tens of thousands of residents in and around two towns east of the Rockies near Denver. The origin of the wildfires was not confirmed but was suspected to be power lines, officials said.

Evacuation orders on Thursday were first issued for all residents in the town of Superior, Colorado, with a population of about 13,000, and a short time later for the adjacent municipality of Louisville, home to more than 18,000 residents.

An entire subdivision of 370 homes went up in flames west of Superior, and 210 dwellings were lost in the Old Town area of Superior, along with additional residences in the area. Property losses also included a shopping center and hotel in Superior, officials said.

Six people were treated for injuries from the wildfires at the UCHealth hospital in nearby Broomfield, spokesperson Kelli Christensen said on Thursday. She declined to specify the nature of the injuries or the patients’ conditions.